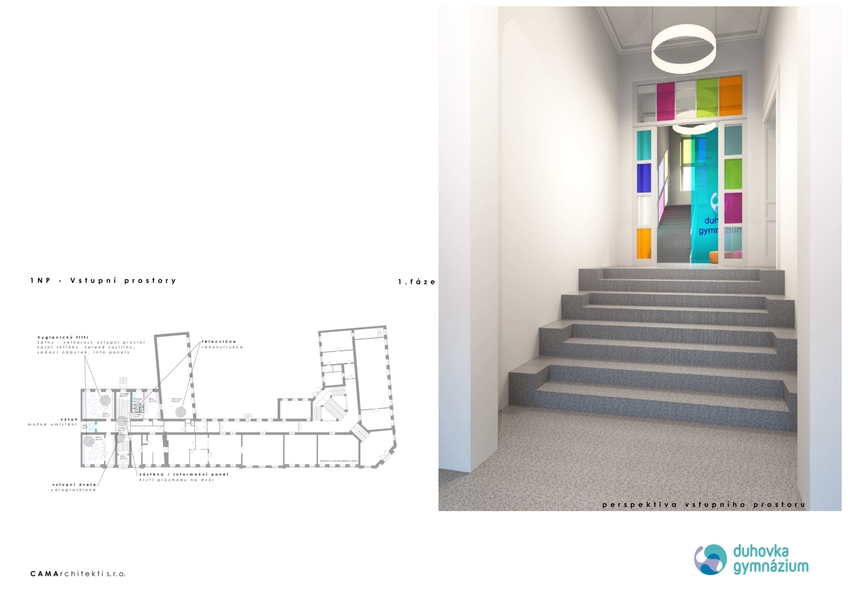 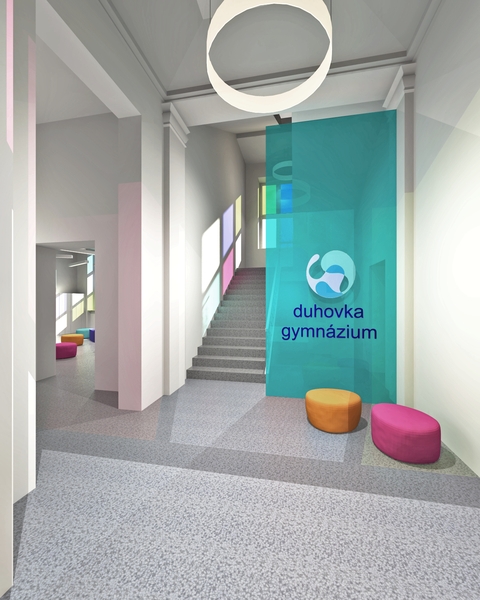 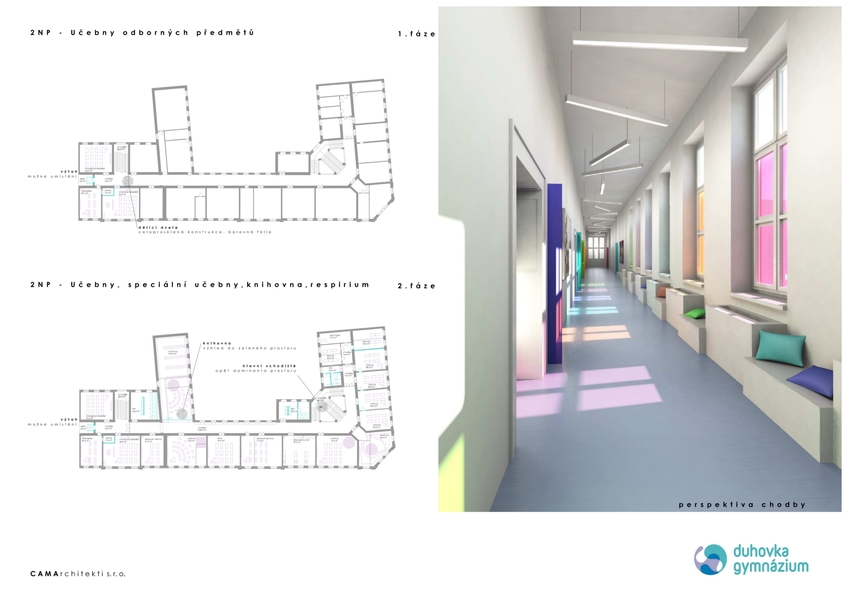 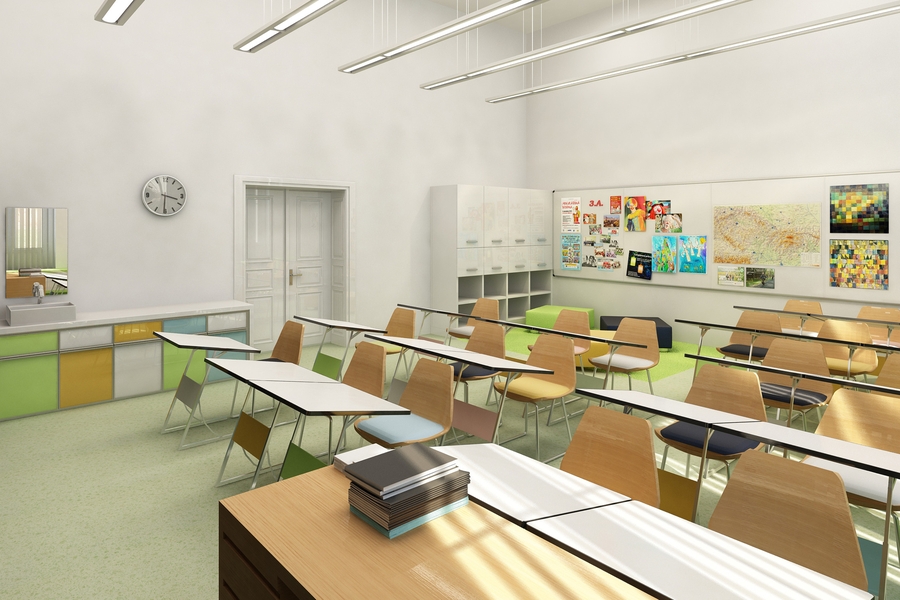 The solved school building is located in Holešovice on the corner of the streets Letohradská and Františka Křižíka. The building was built during 1893- 94 in the look of historicizing Neo-Rennaisance style.
The building has three above-ground and one underground floor levels. From the aspect of the building volume also the large attic is considerable. Building is drawn up as a triple-wing with the backbone corridor and two main staircases.
Source of inspiration for the visual design was the actual name of the high school "Duhovka"
(agate or coloured marble or rainbow school).
Along with the graphic presentation of the school was designed also the school interior.
Historical building from 19th century which has rather saddened colourity is completed and brightened up by modern colour elements. Unity of the design is blending within the whole school and can be applied on the façade in some cases. We reach the above described intentions with rather undemanding elements as are contents of the buildings, coloured foils, glass or plexiglass panels.