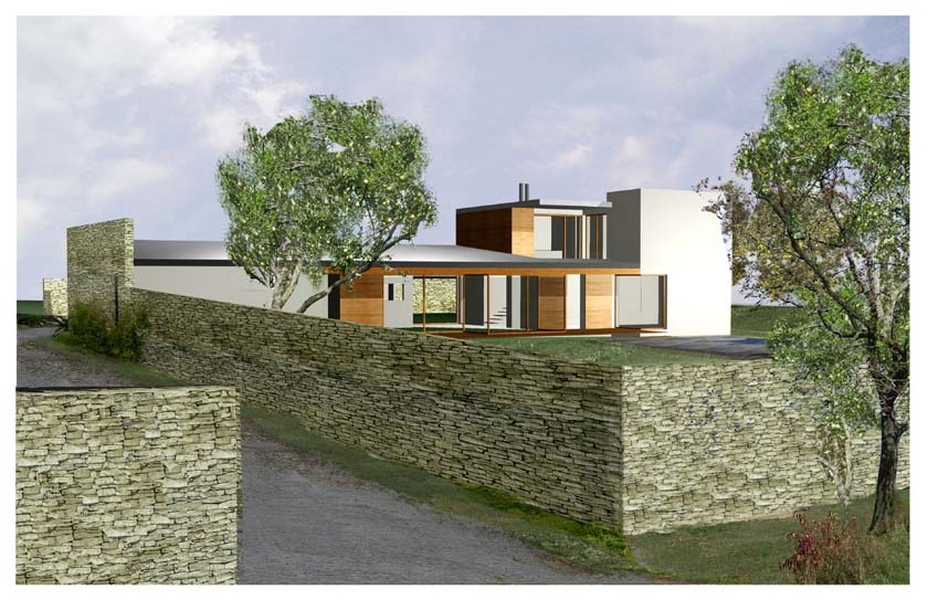 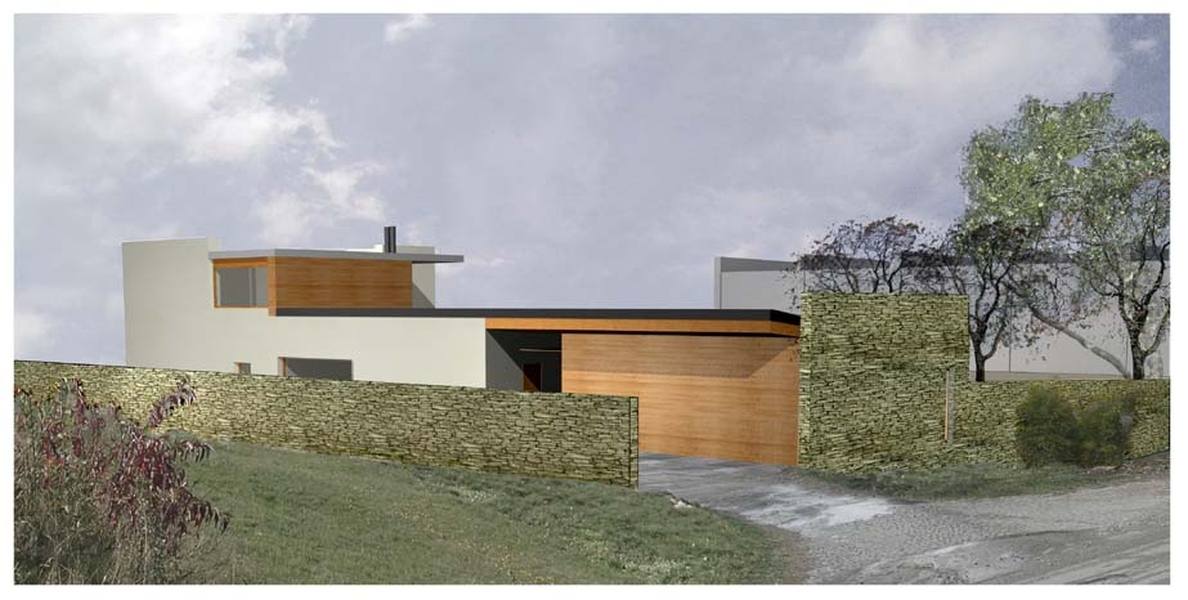 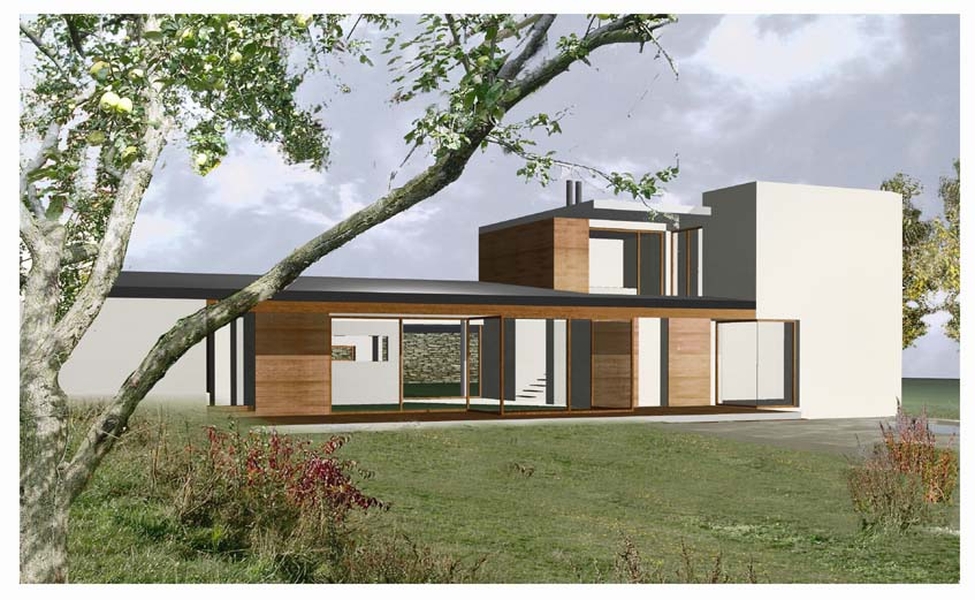 The project respects the conditions in the zone Litovická fortress. Along the lot the wall will be implemented, based on the urban structure in the vicinity. The mass of the building is architecturally based on the elongated character of the country house.
The house is designed as a low, longitudinal object in the eastern part it is increasing by one floor.

It is divided into three sections. West section, on the boundary, form a garage separated from the residential part by a covered passage. Living room and kitchen is the center of the house, with a direct link to the garden. Two-storey matter contains study, bedroom, bathroom and swimming pool facilities.