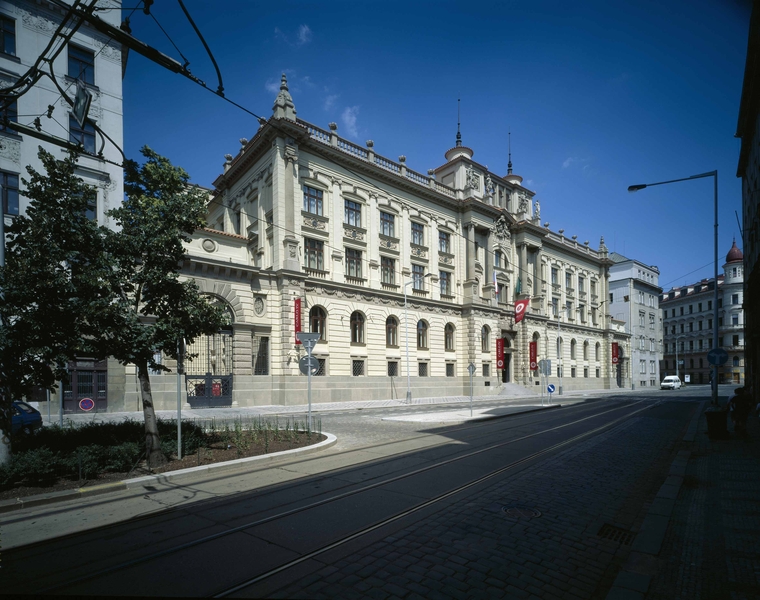 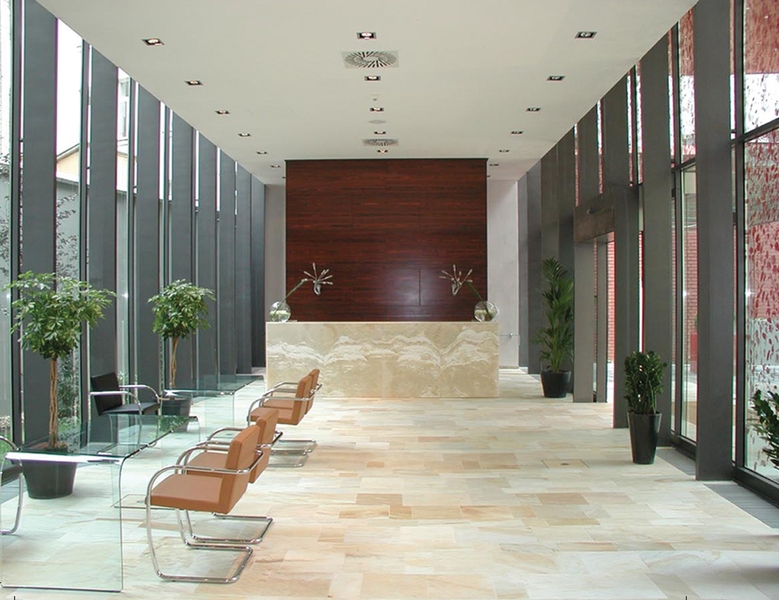 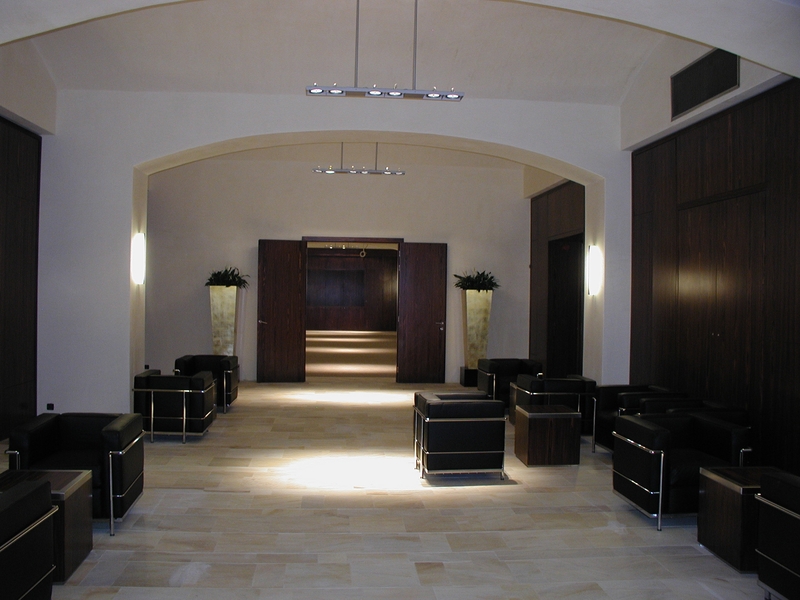 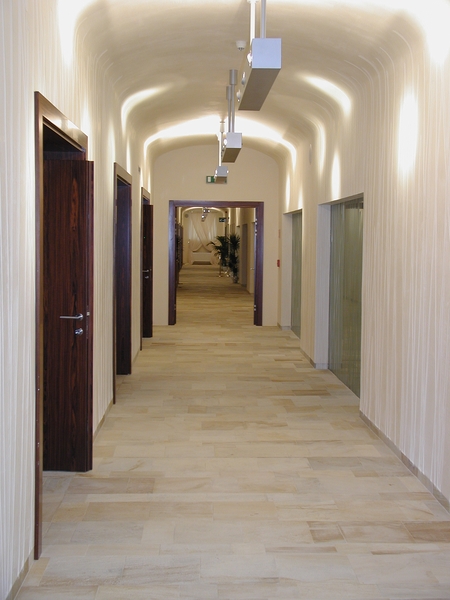 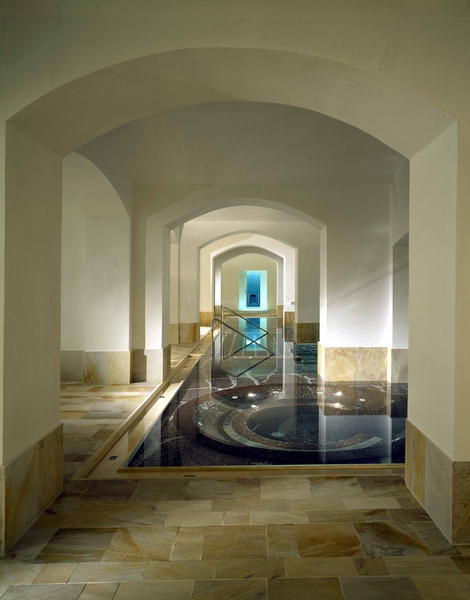 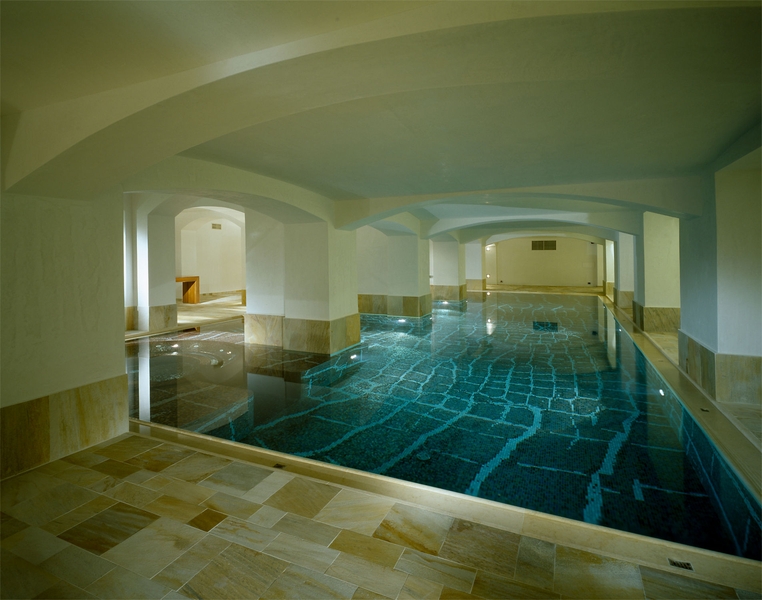 Refurbishment and the new building were executed based on the project by the DaM spol. s r.o. architectural office. The original building of the Hypoteční banka Království českého (Czech Kingdom Mortgage Bank) is a Neo-renaissance palace from 1894 built pursuant a project by Achille Wolf.
During the refurbishment, the building was re-built in a hotel, original architectural details were rehabilitated and the building was completed by a new six storey building erected in the courtyard.
This design solved congress and relaxation facilities in the basement.

In the north-east part of the lot is placed a new entrance to the building and to the congress areas. A swimming pool, sauna and related facilities are located on the floor. The central corridor walls are decorated with a plastic relief indented in a fine marble stucco plaster. This decoration is utilised also on glazed sandblasted walls between the corridor and the swimming pool.
In the interiors are used only natural materials: Brazilian Qarcite, onyx, glass mosaic, American cherry and jacaranda veneers.
The building was awarded the Building of the Year 2004 prize.