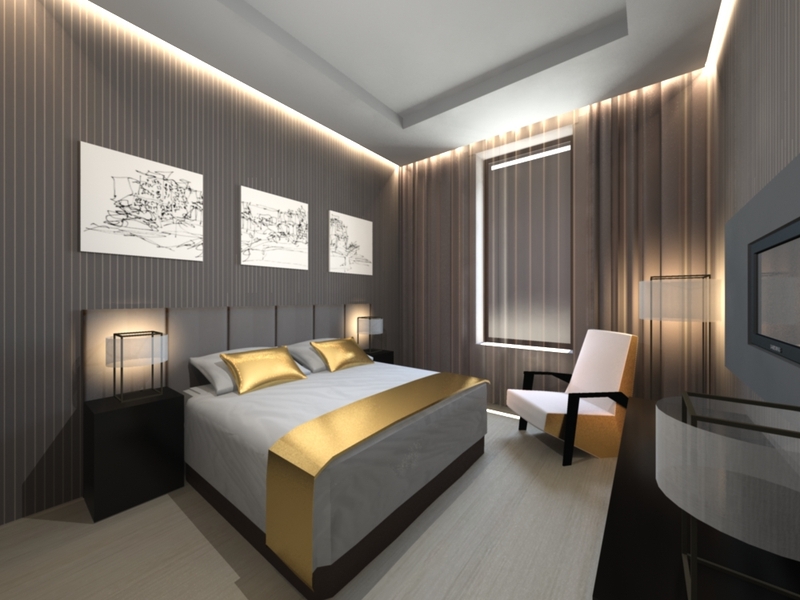 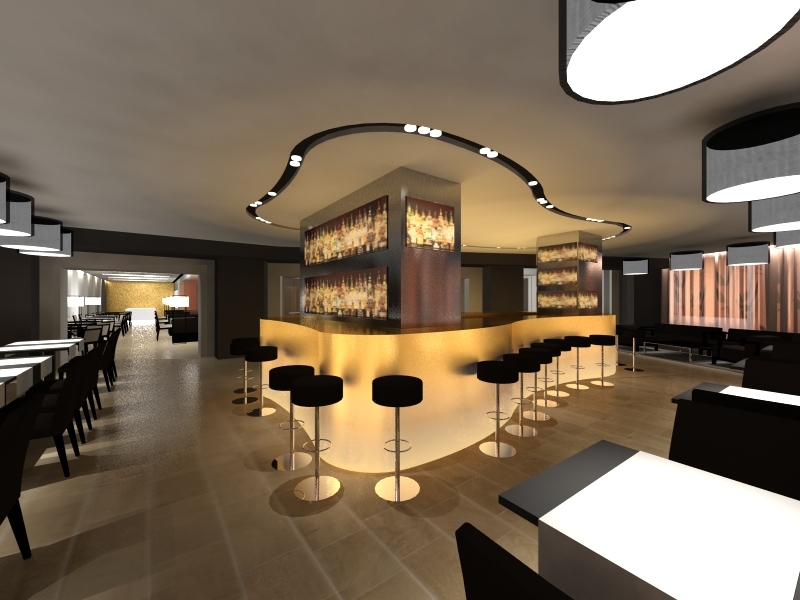 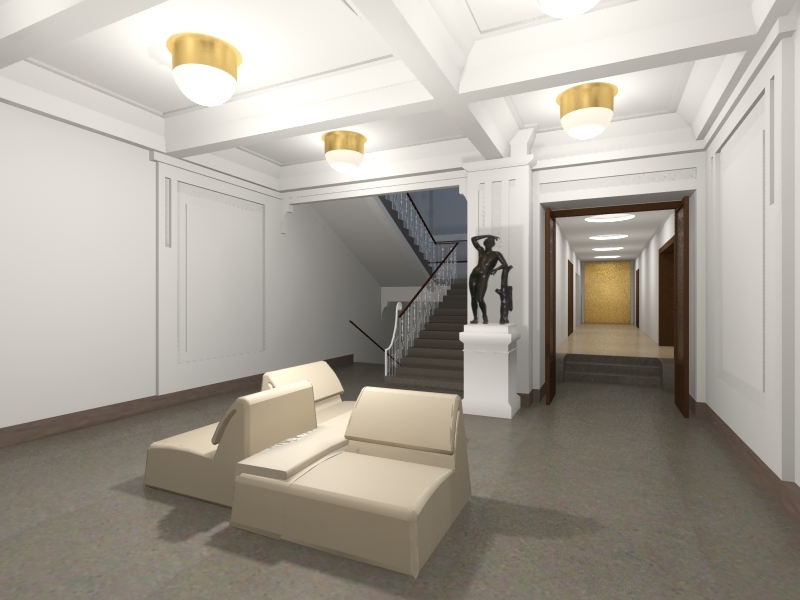 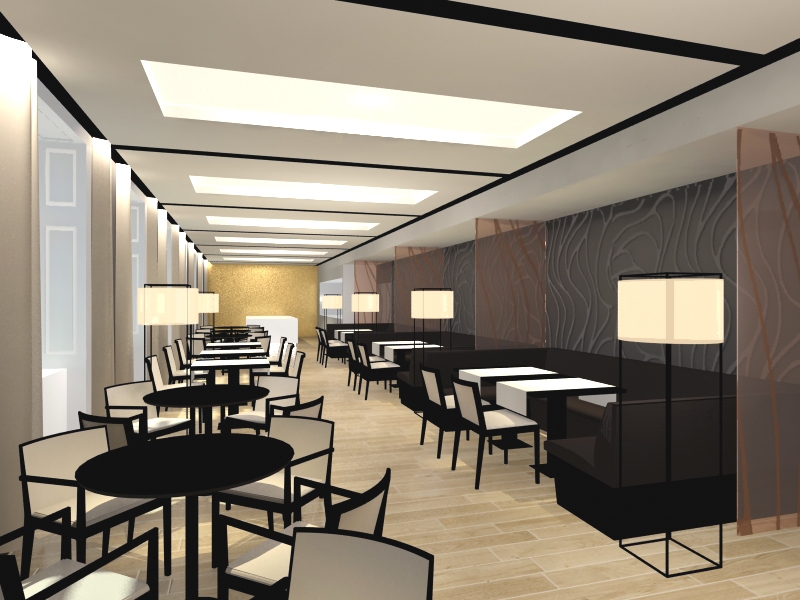 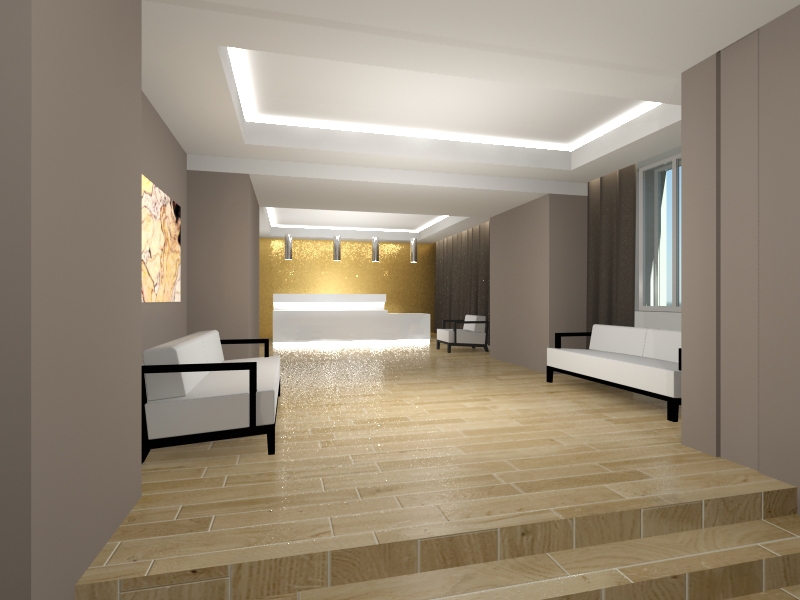 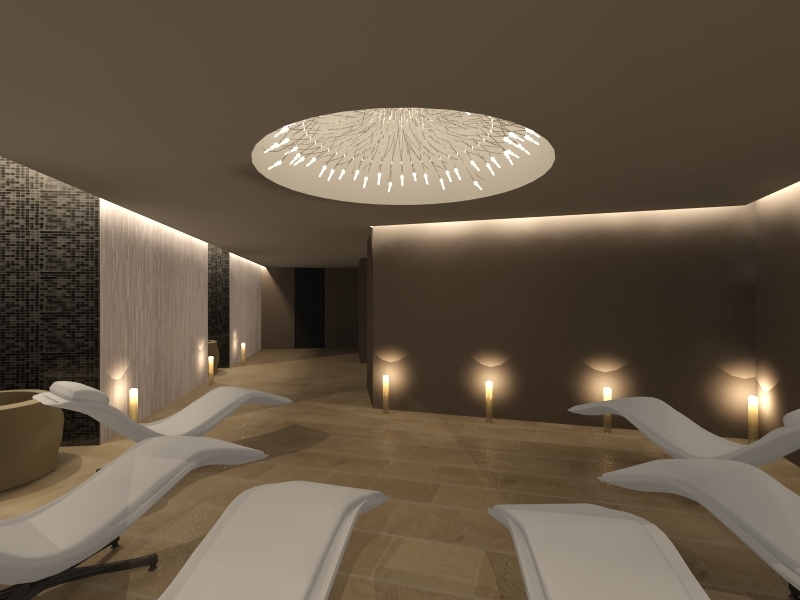 The project assignment was to revitalize interior of the hotel NH Vienna with a relatively limited budget. The building is located in the heart of Vienna near Belvedere castle. It was built in the 19th century, when it served as an imperial and royal printing works. Despite the fact that this is a historical building, it has no original representative space. In the 1990's it was reconstructed and converted into a hotel. Adjustments were not quite as sensitive and basically the only historically valuable surviving elements are windows and stucco decorated staircase hall.
Interior design is based on the genius loci of the historical building. It is inspired by contemporary Art Deco interiors, so typical for Vienna.

The design deliberately does not work with modern principles of a spatial diffusion. Conversely it appreciates each room as a separate space. This corresponds with the effort of colour unification of rooms, fitted up sometimes with the furniture with strong contemporary design.
Public spaces are treated similarly, forming sort of ring around the historical lobby. Important motives of the composition are vistas, rhythm of contemporary windows and unification of the stone floor.
Separate chapter is the fitness and spa in the basement. Spaces are very rugged, with no historically valuable elements. For this reason, the space is interpreted as a flowing, a bit mysterious continuum of caves together with indirect lighting.