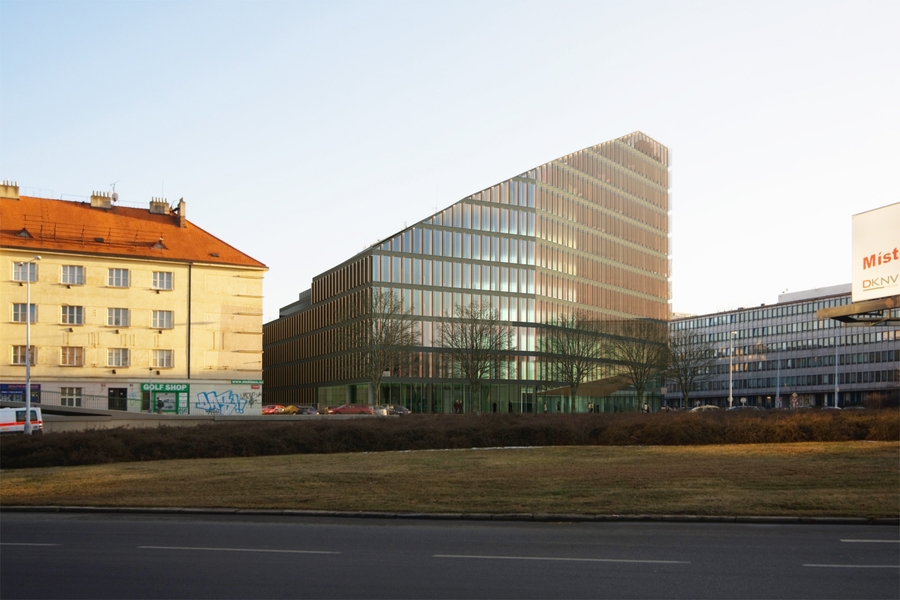 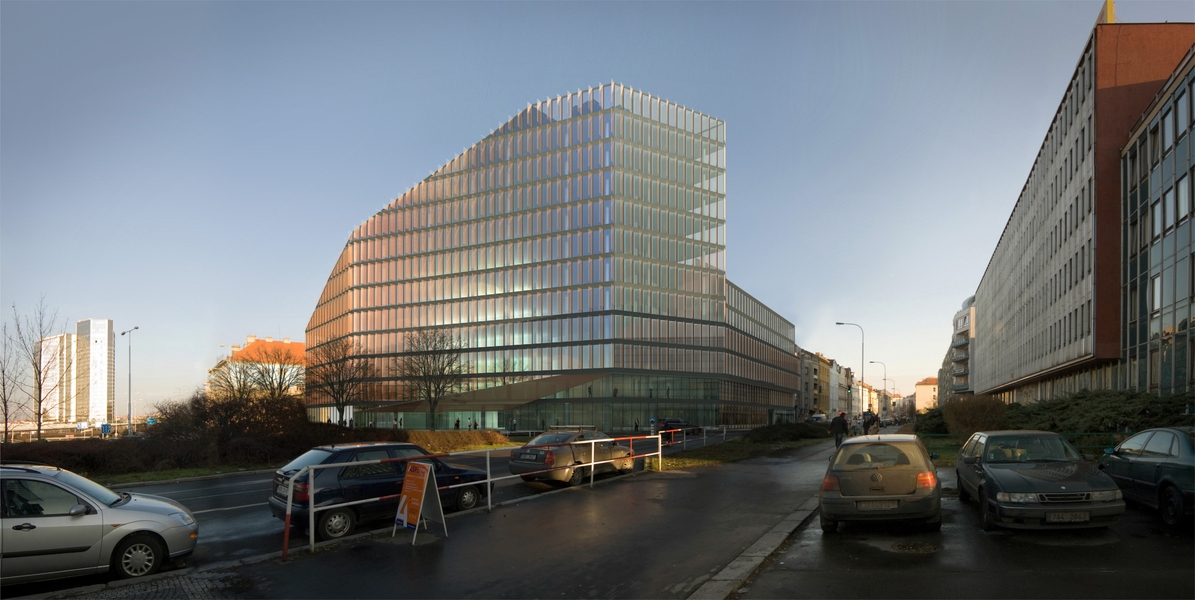 The building is located in the city block bounded by the streets Na Pankráci, Štětkova, Na Bitevní pláni and Viktorínova, near the intersection Pankrác Square. Character of building block corresponds to the overall urban context of the space – it is characterized by relatively dense built-up courtyards with court wings. At present, there is the existing building (former Průmstav) on the lot, which will be completely demolished. Under the building there are two tubes of metro line C. From long-distance views (from the Prague Castle) the building is hidden by the volume of the Congress Centre. On the contrary, on arrival from the Nusle bridge, it is a quality orientation point.
The building closes one side of the block into Pankrác Square. Mass of the building follows on the block by lower wings and gradates in the square so that its main volume is located at the corner of the street Na Pankráci and Na Bitevní pláni. The building forms a composite unit with façade faces on a polygonal plan. With this geometry, the scale is spread over smaller areas, which act decently and are always perceived under the variable angle.

The impression of the object is thus highly variable and plastic.
Façades are modern, lightweight, with a predominant glass surfaces and solid elements of shading. The courtyard is more simple with window openings and solid surfaces of metal or plaster. The design brings new quality into the parterre and into the courtyard. Compared to the current situation almost the whole parterre of the building is open to the public - includes leased commercial units (shops, services, restaurants) and should thus create a living urban space.
The layout is based on the configuration of two parallel wings driven by street lines, connected by the main, dominant building of letter U shape. The building has 11 floors and 2 basements. Above-ground parts of the new building will be used as an office space. The ground floor is the entrance to the office and the lettable area - shops and restaurants. Office floors can be flexibly divided into lettable units. Layout is very variable. It is possible to implement various models of the spatial arrangement of offices - from the cellular to the open plan office.