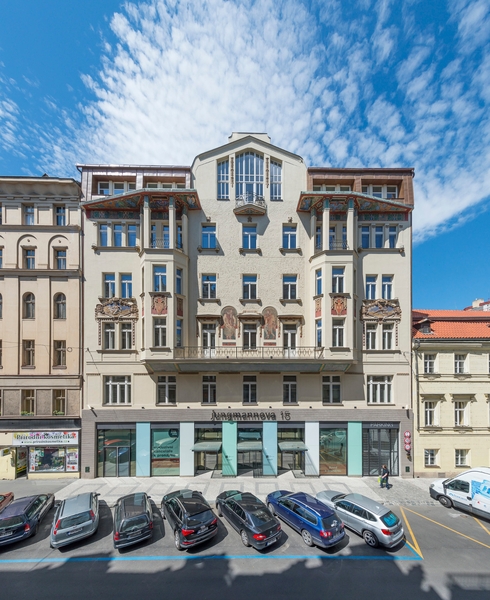 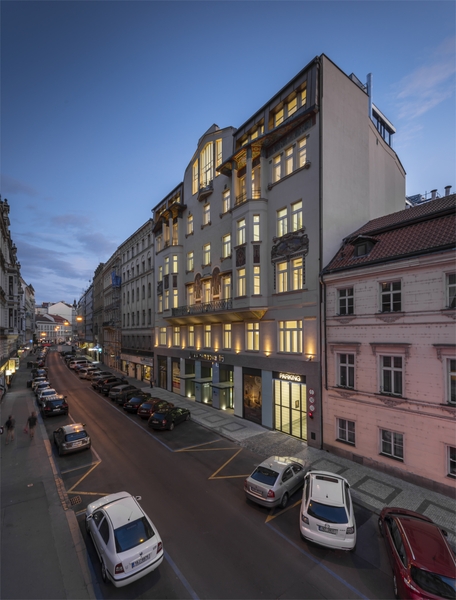 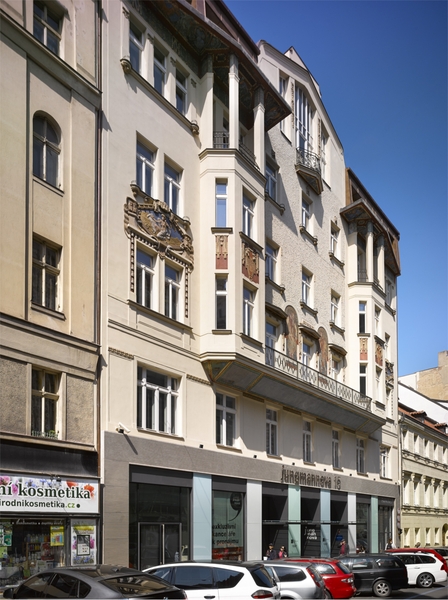 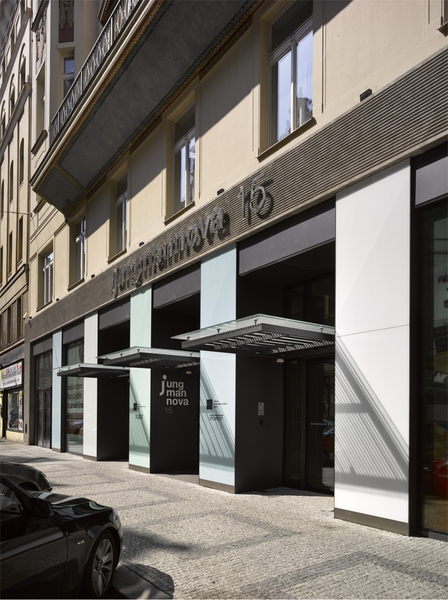 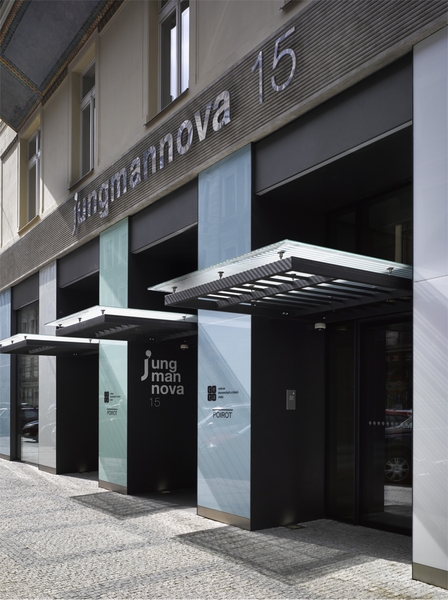 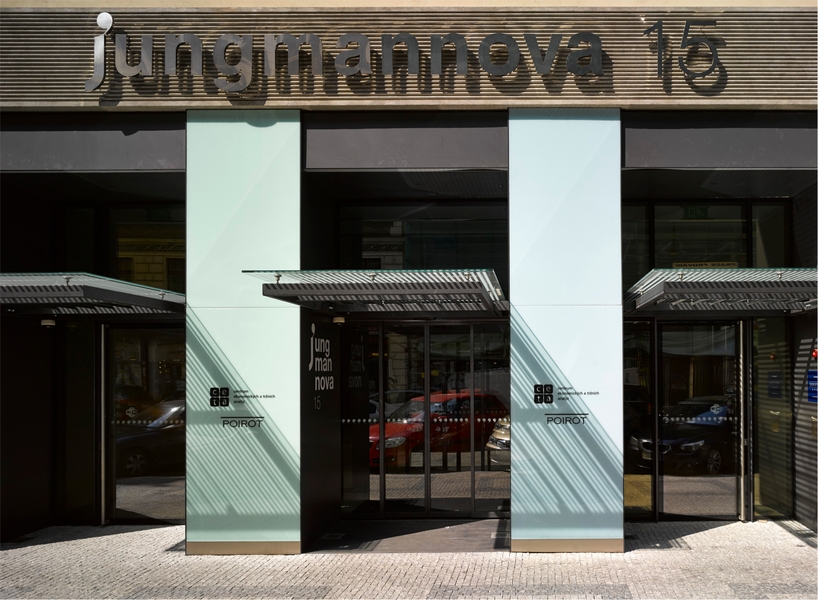 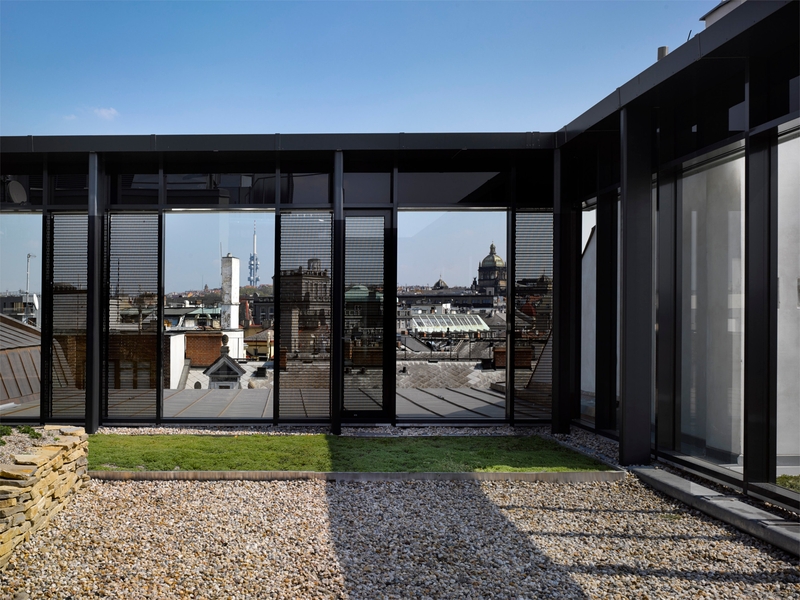 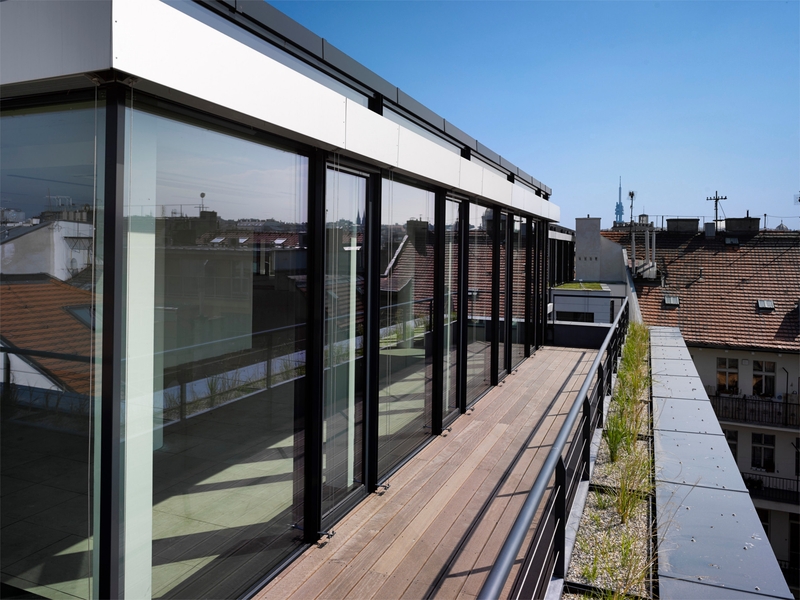 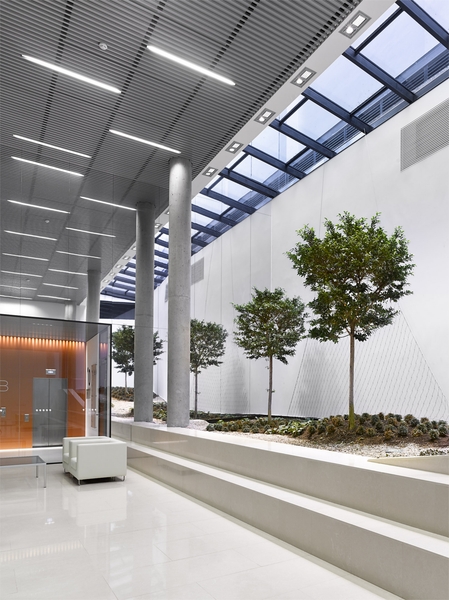 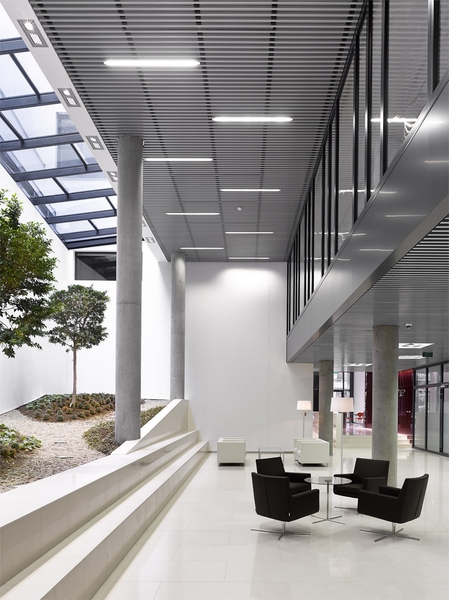 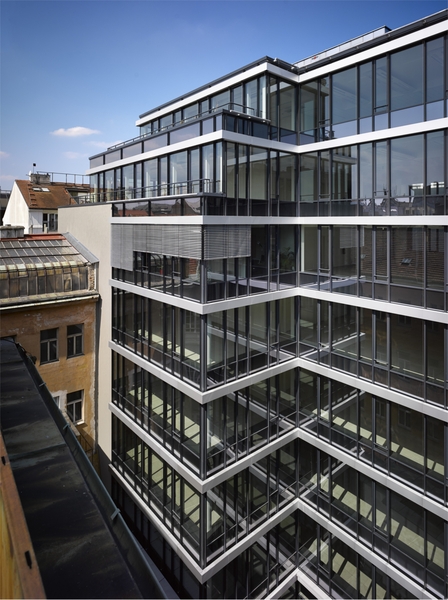 Prague 1, Jungmannova 15
Refurbishment and annex in the courtyard

During preparation of the concept design the emphasis was put mainly on two aspects. At first to preserve all precious things of the complex of buildings and not to interfere the existing look and feeling of Jungmann's streets and secondly to create historically acceptable landscape yards. The solution was found in the replacement of the existing compact objects filling the courtyard with the new building on a smaller scale floor plan. The annex exceeds the vertical alignment of original objects, but stays hidden behind the existing building and height of the roof ridge of buildings in the street Vladislavova thus minimizing the impact of the roof on surrounding landscape and on the remote views of Prague Castle and Letna terraces.

New building forms a new quality in the courtyard using the glass surfaces and courtyards, improving the environment for the surrounding objects. Façades are vertically structured by window openings and ideologically follow the vertical proportions of the main façades of the existing buildings. The upper part of the new building is due to architectural and technical reasons (sun / light) reduced - the building is visually compared with the surrounding buildings. In these parts there are designed attractive terraces to complement the courtyard and its habitability.
Above-ground parts of the existing building and the new building will be used as lettable, administrative space. The ground floor contains area of ​​cafés, shops, lobby and entrance corridor to the office floors.