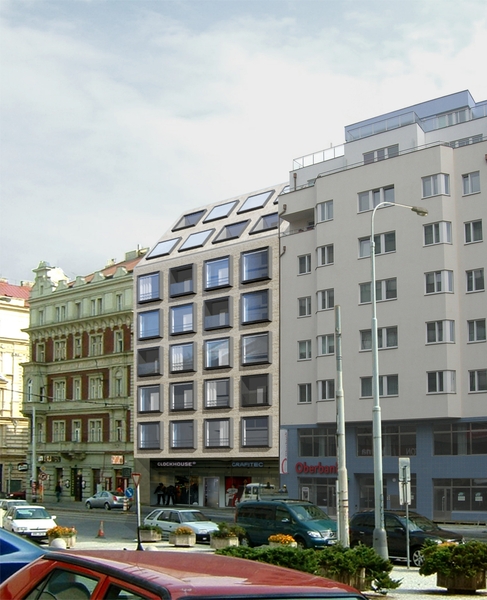 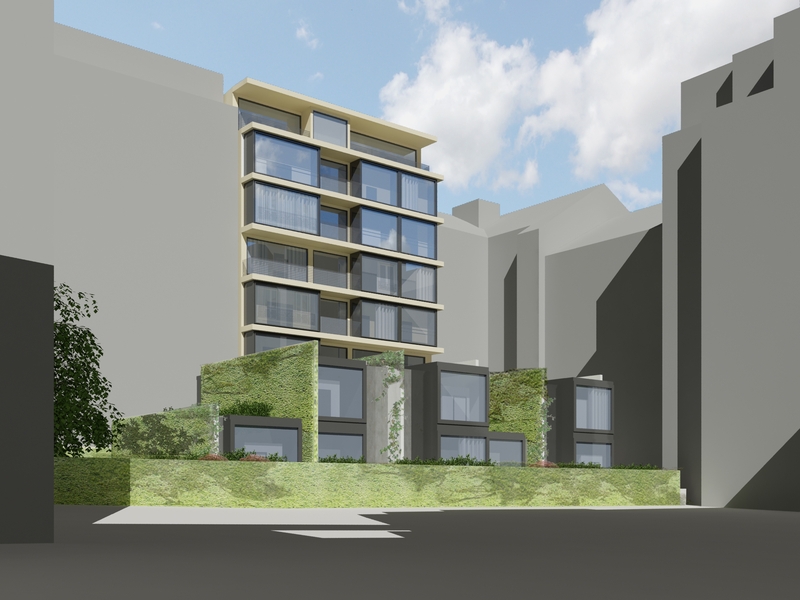 The residential building is located in Prague 7 - Holesovice in a city block opposite Veletržní palace.
Our effort is to design such an object which would represent casual addition to the stabilized buildings in this part of Prague. The building responds to the real decreasing height of the neighbouring buildings so that the last two floors are oblique thus evoking retreating object visible from the surrounding houses.
The street façade consists of a fixed envelope having also the character in an oblique section, and it is placed on a recessed ground floor, thus giving the lightweight feeling.
The dominant elements of the façade are large protruding windows, causing rational deployment of its regular grid.

The courtyard façade concept is coming from the street, but is transformed into a larger structure conservatory that corresponds to the residential function. Window openings are placed into the horizontal elements (cornices) of the floors and form a composition of the sliding volumes.
Two-storey maisonettes in the yard have a similar character of separate volumes, which are acted out in a fixed compositional structure of the walls. The walls are covered with climbing plants to blend with the courtyard vegetation.