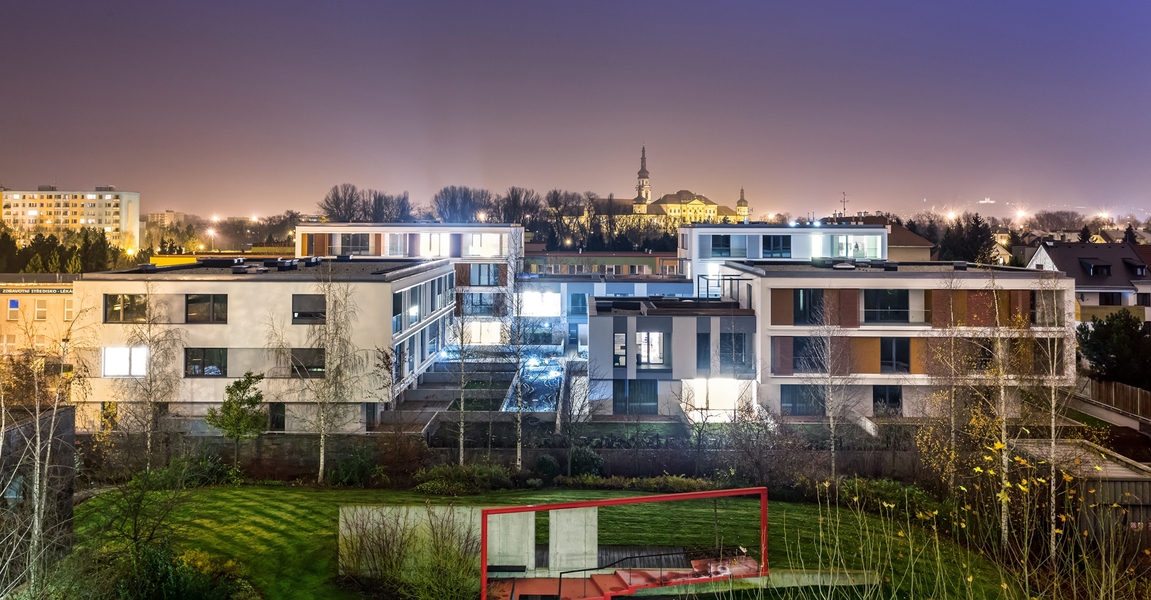 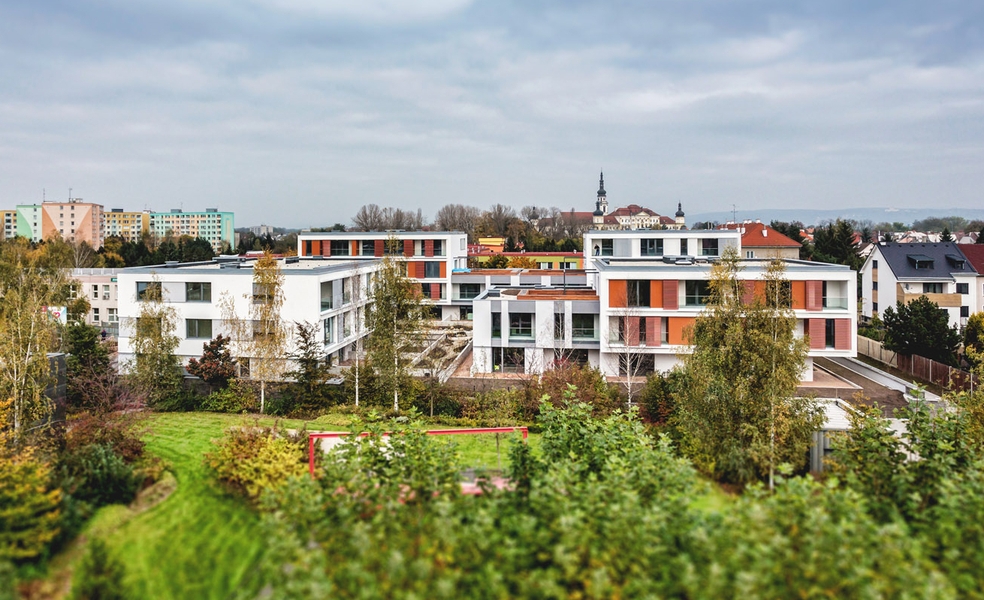 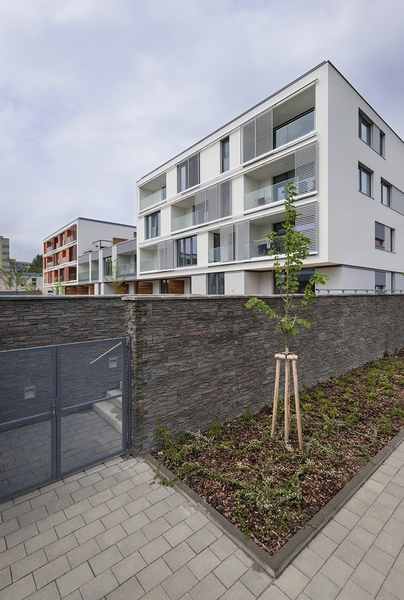 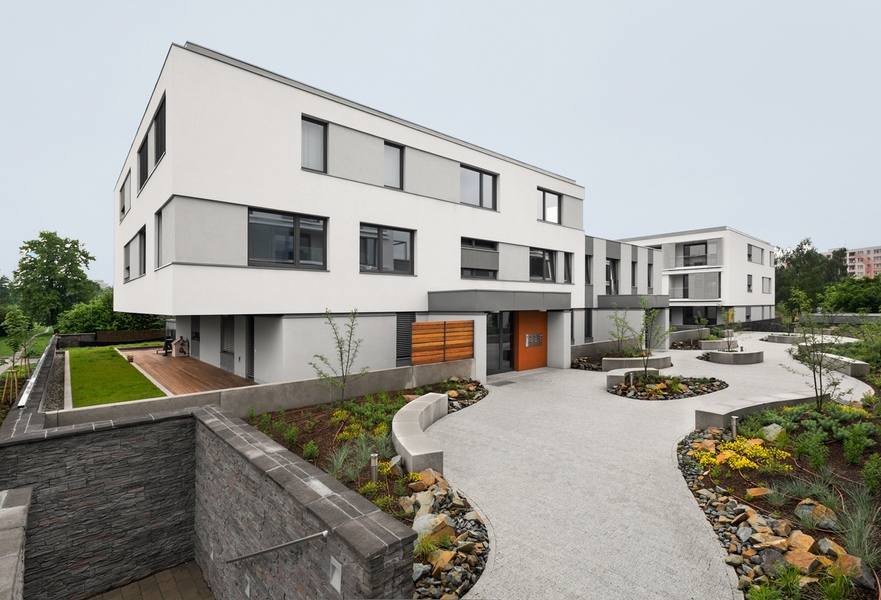 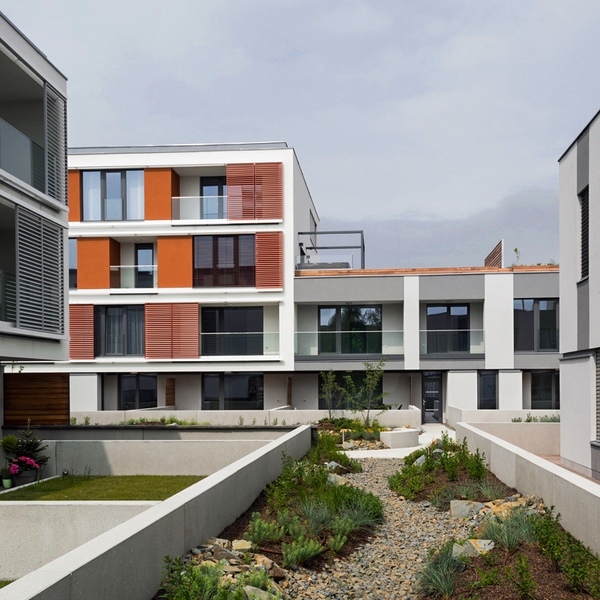 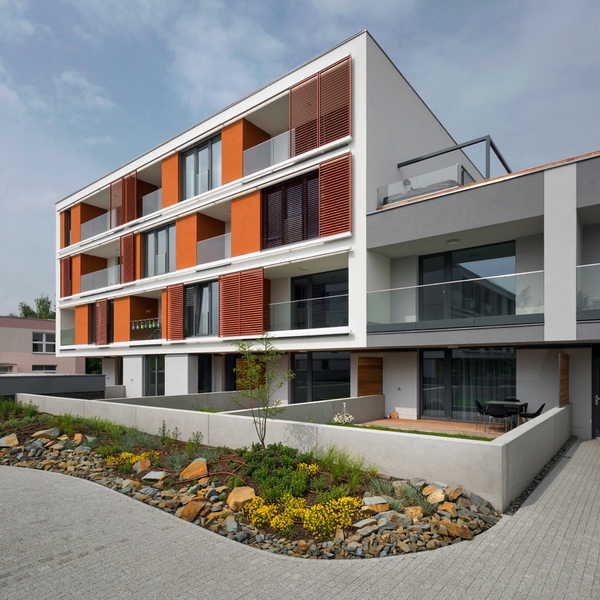 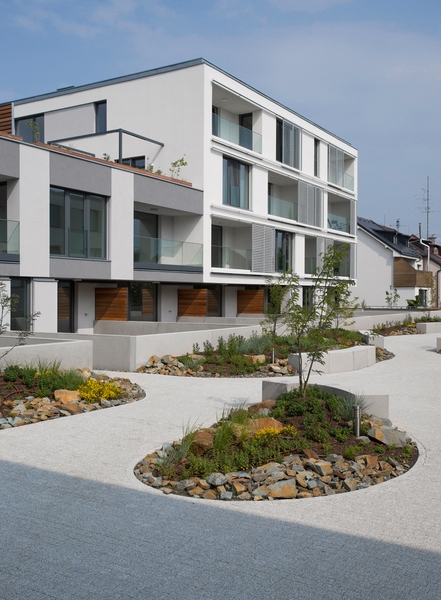 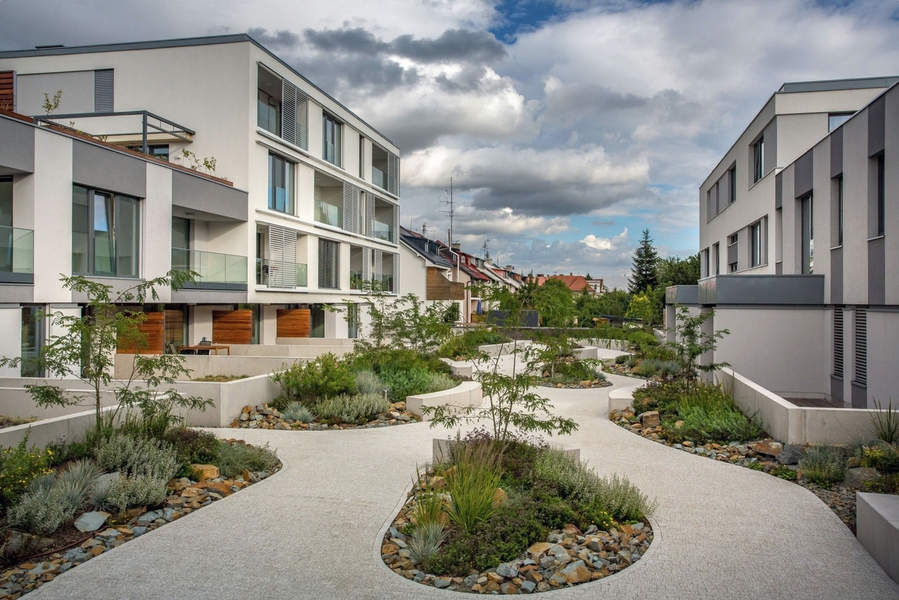 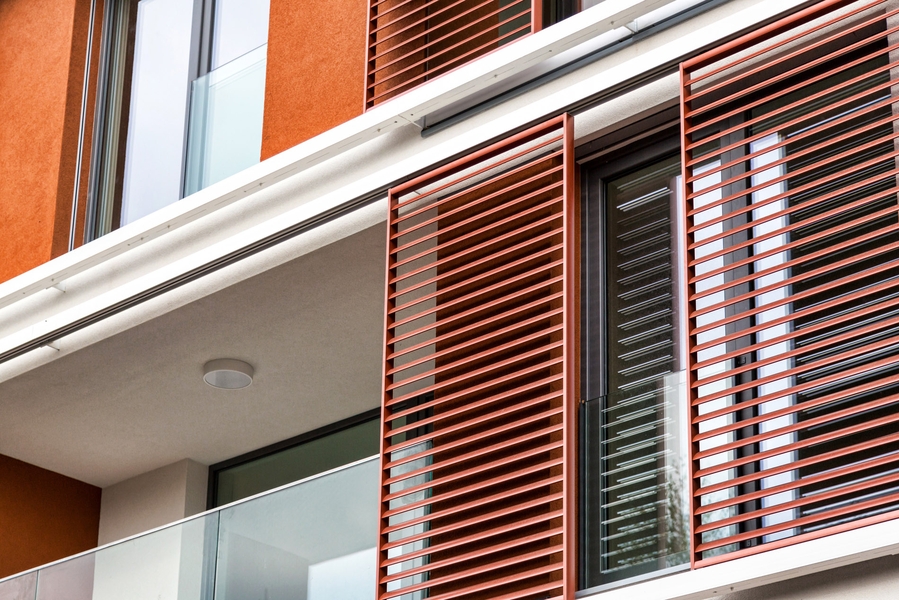 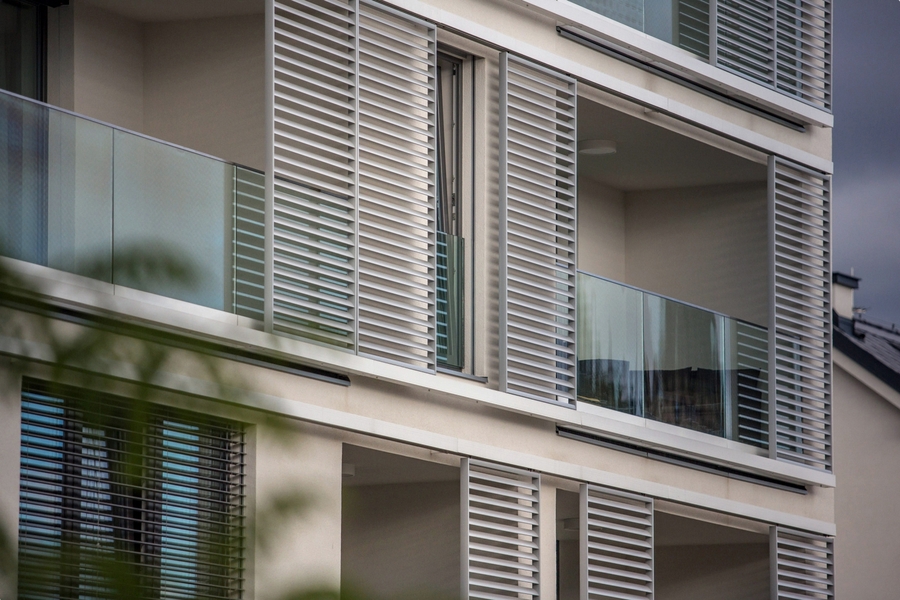 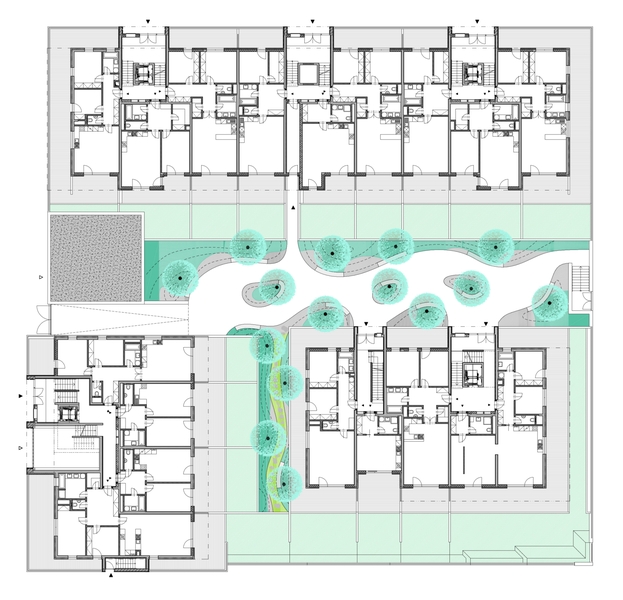 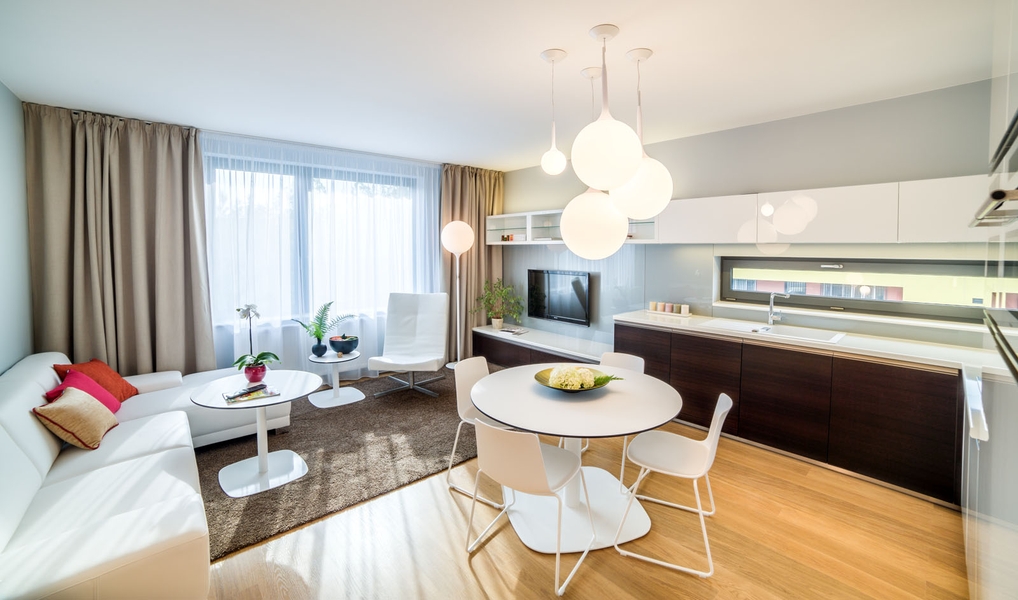 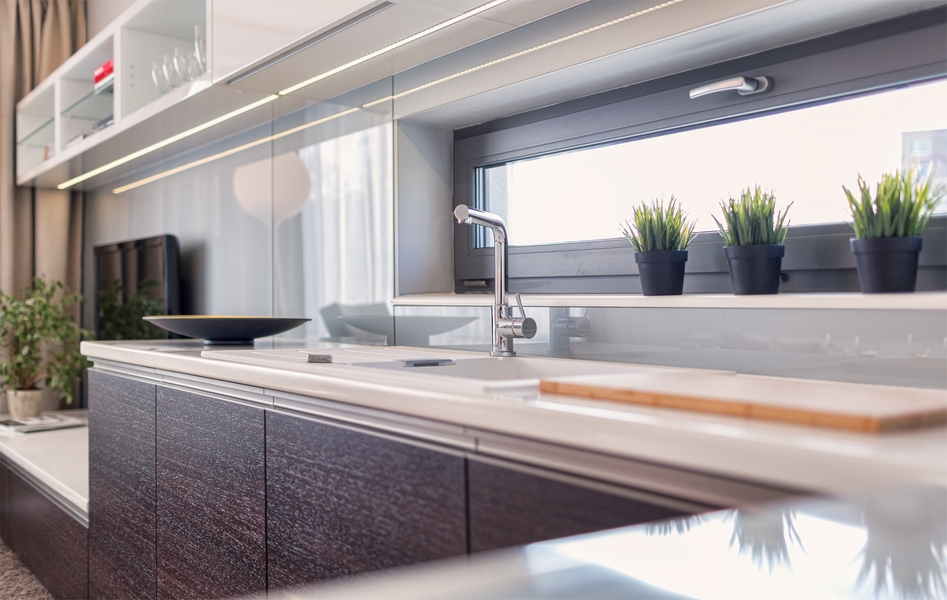 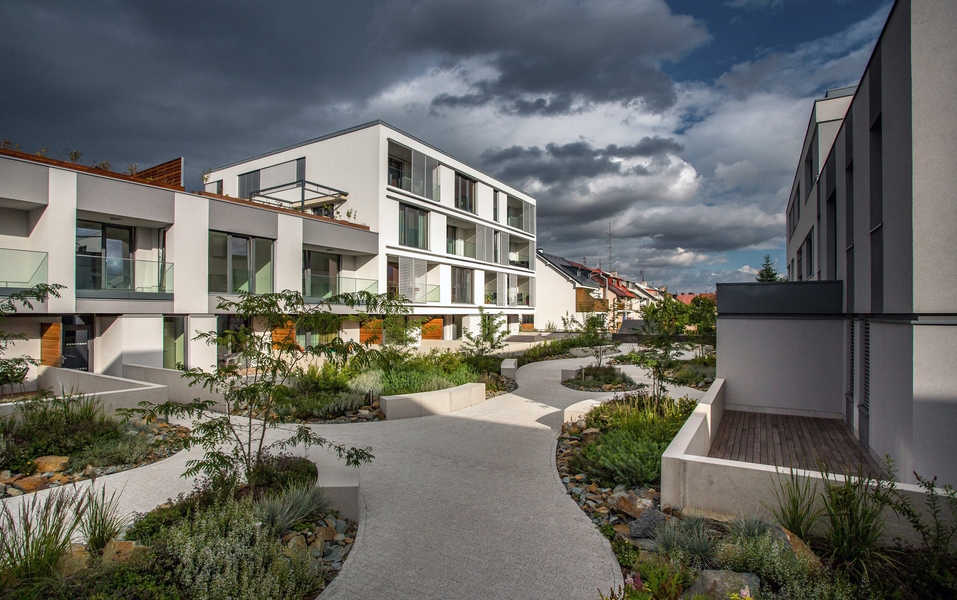 The project was finished in 2014 and fully sold out in a very short time. Architectural solution and quality of flats brought not only a commercial success but it was also awarded in the contest Building of the Year of Olomouc region and BEST OF REALTY 2015.

The new building is located in the attractive part of Olomouc in close vicinity of the center on an undeveloped plot of land. Surroundings are built up with low-rise buildings and family houses. The significant quality of the project demonstrates unique views opening to the historical center of Olomouc and Klášterní Hradisko.

From the view of the urban concept, the incorporation of a residential building into the low-rise development was essential.

Buildings are divided into smaller houses growing from the raised garden, offering both protection and privacy. They are placed on the plinth covered with vegetation hiding underground parking area and background with utilities.
The composition is formed by simple elegant buildings similar to large villas. These villa houses grow from the green base and are further formed in the composition with large loggias facing the south-west and south-east. Their rotation around the raised garden is enclosing the area while supporting the feeling of a private world.
The structure of flats is various, offering a wide scale of solutions in elaborate dispositions with sufficient capacity of storage space. Almost all flats have loggia, front garden, or terrace allowing them to dwell outdoor. An interesting element is generous sliding panels offering shade and intimacy. Their material gives the design detail and quality. The inseparable part represents the used materials. The Stone tiling of the base is in contrast with the smooth plastered walls of villa-houses.