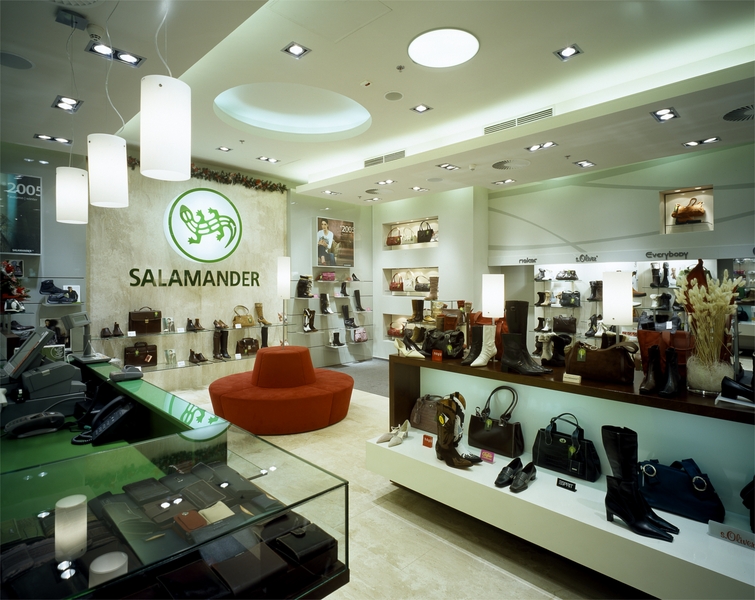 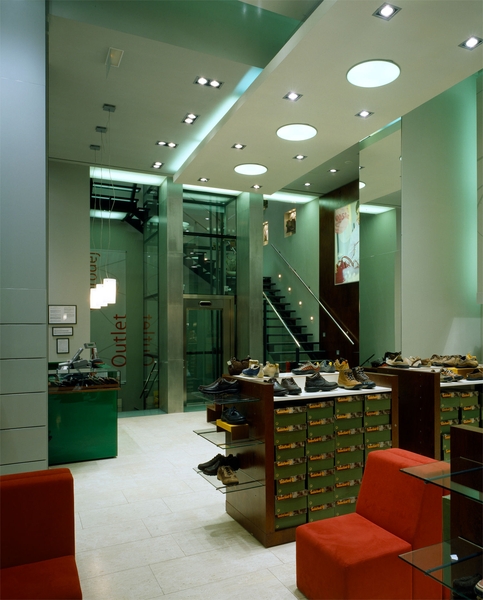 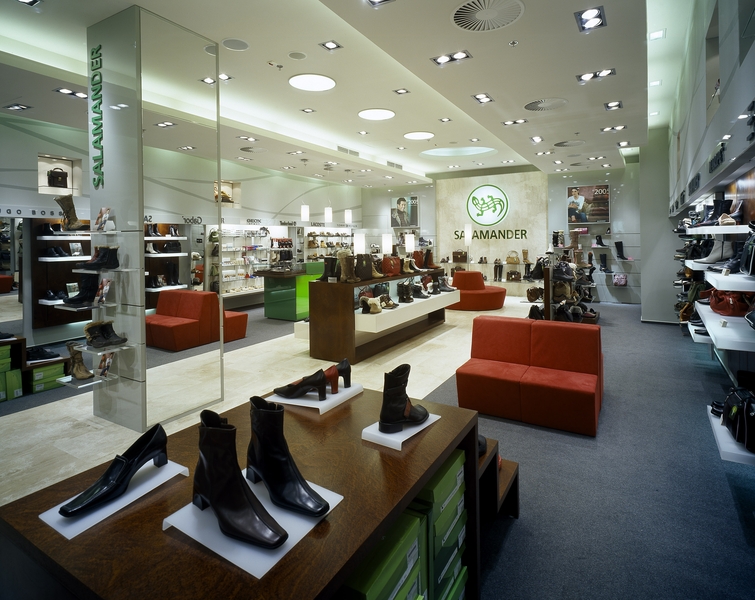 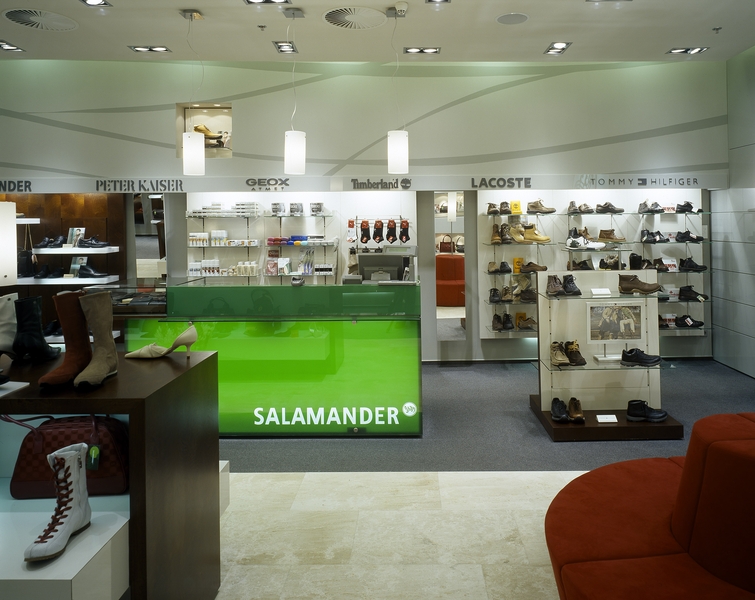 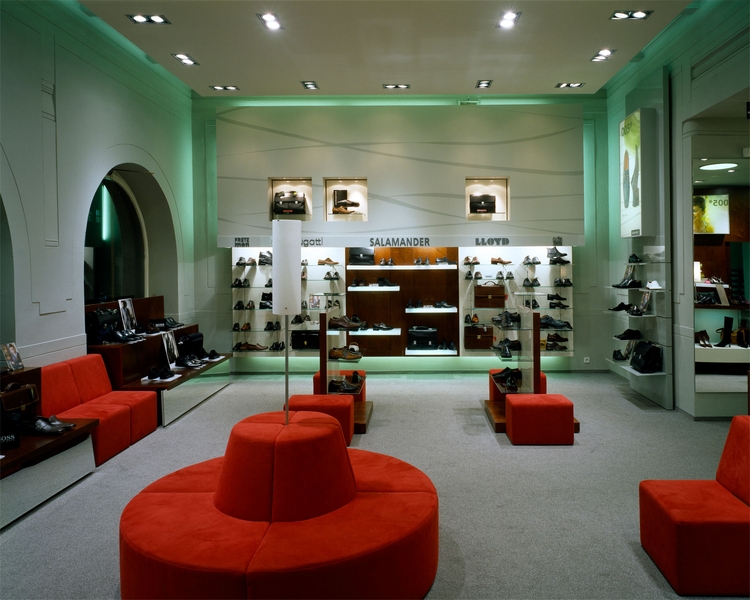 In January 2005, the first Salamander store was opened in the Czech Republic. It is Located on Wenceslas Square in Prague. The three-story space is located inside a cultural monument. The building was designed by architect Jan Kotera in 1899-1900. The new store design was begun in 2004 when we were commissioned its preparation. The original German design no longer corresponded to current trends.
The spatial structure is determined by existing structures and layout of the original floors.

The new glass staircase and glass elevator was built, to ensure transparency in the successive emergence of retail space on the first floor and basement. On the floor some architectural elements were preserved, including simple stucco on the walls. All other interior parts are new.
Salamander store interior design - other branches:
Prague 4, Chodov, Czech Republic
Brno, Czech Republic
Bratislava, Slovak Republic
Györ, Hungary
Budapest, Hungary
Moscow, Russia